He was attacked and went into hiding in his African home country for his sexuality. After finally making it to Mexico, he crossed the border and is now detained for his forced migration. You can help to liberate him from detention by making a contribution towards his ICE bond – a total of $25,000. His family in Virginia awaits him.

This situation gives the LGBTQ+ community in central Virginia the chance to directly support someone suffering from the homophobic persecution that characterizes several countries throughout the world.

Together, we can create a world where there is no state-sanctioned violence against—or detention of—people who are immigrants. Thank you.

Note: Any monies over and above his bond amount will be utilized by CIFF to free someone else in ICE detention. Please note: Because funds are being raised for this specific individual, contributions to support his freedom are not tax-deductible. 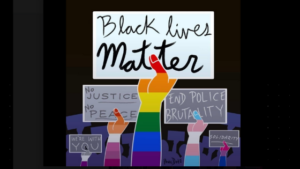