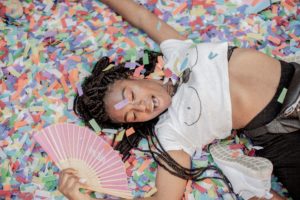 Not all people within the LGBTQ+ community are treated or perceived as equals and we need to talk about it.

Having a visible local LGBTQ+ community can be really exciting, but it can also be alienating for people of color. Across the country, the majority of people who go to many pride events are white, even though the pride movement was galvanized by people of color. Of course, that doesn’t mean the majority of people who are gay are white, it just shows us who feels safe enough to come out. It means that many feel it’s not safe enough yet.

We need to have those conversations about what the community can do to make all of our brothers, sisters, and non-binary siblings feel safe and free to live happily and without fear. To help start this conversation, we reached out to someone who is new to the Charlottesville community to get their perspective. 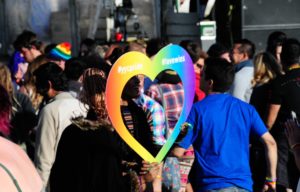 We first met Matthew Reynolds during last month’s march to commemorate the 50th anniversary of the Stonewall riots. Matthew is a Minnesota-native who is currently living in Oregon, a theatre teacher, and a queer person of color, or a QPOC, who identifies as gay. He is also an active human rights activist for racial minorities. Matthew is also only the third generation in his family to be free from slavery. Third, which puts in perspective that it wasn’t too long ago that people of color were treated as a lesser human based on their skin tone. This is why the effects of slavery, the predjeduce and scrutinization, are still affecting people within our community.

Matthew noted that he often asks himself,  “Am I being true to me or am I filtering myself through societies lens?” His drag momma told him that many people “still feel trapped behind western-euro men.” “My judgement is that he felt stepped on,” Mathew continued about his drag mother. “There is no ‘my-oppression-is worse-than-yours.’ We are powerful and magical and the LGBT could show the rest of America that we can come together and ignore the white suppression.” Matthew clarified- he’s not advocating for people to gather their pitchforks and start rioting, but rather to say, “It’s time to have a conversation and it’s time to wake up.”

Behind any identity’s need to “other” and withdraw is fear. The idea that Matthew has is “speaking is living your truth and hopefully my truth won’t get me killed.” He is not the first person, nor the last, to feel fear due to living his truth. We wanted to get a local’s perspective, so we spoke with a Cville community member of color. This person wishes to remain anonymous because of this fear, so we will refer to him by the name Gabe. Gabe shared, “I already have a target on my back. If I go to one of these events and someone decides to start shooting, I will be their first target.” Gabe says he “feels safe around (his) friends and family, but (he) would never feel safe in the public’s eye.”  It’s hard to put aside fear and let yourself be open to getting hurt, or Matthew put it, “Vulnerability is not weakness. Being courageous enough with each other will only make our community that much stronger and magical. Step into your fear.” 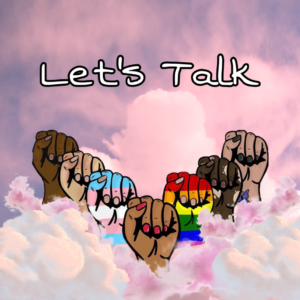 Pride is a community that is meant to embrace diversity. Why is it that the pride movement across the country is still dominated by white voices rather than being a true multicultural family that represents all of us? It’s time to have the conversation. Matthew is adament- “We are past ready to model for American society what is meant by ‘civil discourse’ and have these tough conversations to create a stronger sense of ‘belonging’ within the queer community.” It’s not going to be perfect and people will make mistakes, but it will be a start. Matthew repeated “Speaking is living your truth… I will treat you as human, as you should me.” So, let’s talk.